Thanks to our sponsor Omnilink, following are the speakers for the next Sydney GeoRabble.

Llew Cain – Are we 2D living in a 6D Future? A shed perspective.

Micromine, Surpac, Datamine, 3D Geomodeller, Vulcan, GoCAD, VRML, X3D, GIS, Vertical Mapper, Discover 3D, Target, Revit, BIM, ProjectWise, iModels, 3D PDF, Infrastructure Designer, CityEngine, WebGL, HTML5. Is it topology, clash detection or geodesign? Multi dimensional design has always been around in the mining industry, and more recently growing in engineering and architecture, what are the implications for GIS people? Is there is a paradigm shift just around the corner. Will the average GIS operator still be relevant in a future where analysis, understanding and communication are done in true 3D, 4D, 5D, 6D space? While taking a moment in the shed to ponder the big questions a comforting realisation is achieved. Or is it?

Fires near Me was an experiment. An experiment first in whether the public had a taste for this type of information delivered through a mobile device. The information was short and to the point — much like a focused sound bite in modern mainstream media. Indentifying the audience correctly allows content, app and map interaction, and information presentation to be tailored more precisely, giving greater user satisfaction.

Mobile app interaction with available networks, back-end data servers, and onboard functions (e.g. GPS) needs careful design in order to develop a useable architecture. Architecture for a non-finite — and mostly uncontrollable — user base must be fundamental to the app design.

Executive support tends to come after success with a launched product, rather than before a research and development project, and also needs careful management. 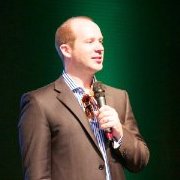 Jody Garnett – Business Intelligence and Mapping (with cartoons and demo)

A quick look at business intelligence industry: who they are, their perspective on life, and why they are investing in mapping technologies. Illustrated (cartoons) with a demo of smashing maps into the open source BIRT project.

In our industry we’re used to overblown and over-complicated mapping portals, which aim to solve every possible problem which could apply to every possible user.

In a refreshing twist, Esri launched a contest to design the exact opposite – a focussed mapping application built using a maximum of 100 lines of JavaScript code. Some of the entries were very simple, while some were extremely clever.

This talk will cover the best entries in the competition, plus some brief behind-the-scenes of the data scraping exercise in my own entry, which was a visualisation of the climate of Australia, using data obtained from 1,500 BOM weather stations. 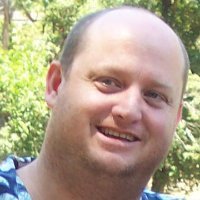 Building an geospatial type App for one of Australia’s largest Events should not be too hard? Right? Let me take you on a quick journey of the challenges of building an App in a short time frame, for a  large event where spatial content is only being confirmed just days before the event. 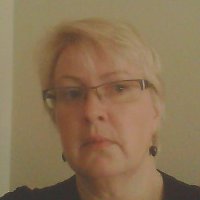 Narelle has been involved for many years with the Kosciuszko Huts Association – a group that maintains the old cattlemen’s huts scattered throughout the park. When a webmap  showing the huts became desirable, Narelle volunteered. She embarked on a self-education program to understand and use open source mapping tools. 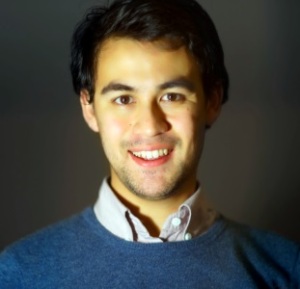 Not everyone has geospatial intelligence!

No, it’s not an oxymoron.  GEOINT is the military discipline that exploits imagery and geospatial data in order to support decision making and operations.

That doesn’t mean it is always used well.  For some military flavour this close to ANZAC Day, Bill Thomson will provide some geo-insights and lessons from events at Gallipoli through to Iraq.

As a former military engineer officer, Bill commanded geospatial troops in Australia and on operations overseas, including demining, disaster response, UAVs and counter terrorism.  He is now the GIS Director and BIM Taskforce Leader for AECOM (ANZ).

The event is generously sponsored by …